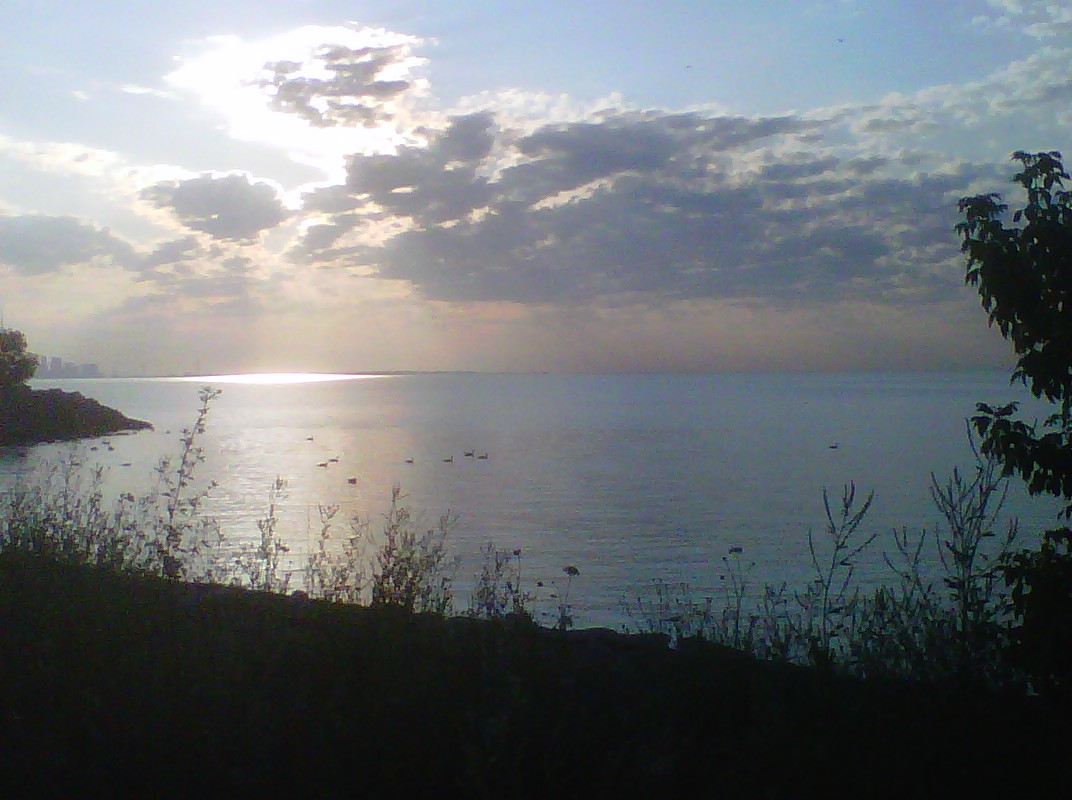 the real 'Greatest Show On Earth'!

Weather is the real 'greatest show on earth'. Its free. Its happening all around us 24 hours a day. This section on weather facts and how weather works is designed to give you a practical, basic guide to the great weather engine that drives our climate. Because ... weather lies at the very heart of sailing.

I keep saying that the Great Lakes are really inland seas. Their vastness takes them way past anything 'lake-like'. Prudent sailors approach the Great Lakes with a mixture of awe (their sheer size), respect (for their power and the challenges they pose), caution (because of the enormous forces at play) and humility (because we are so very very small as we cross their surface).

Because of their size, the Great Lakes have their own impact on the general weather systems. These continual alterations give us those long, glorious, warm, clear, summer days as well as rapidly developing thunderstorms so intense they can threaten our very survival.

Lets look first at where weather comes from and then, on some following pages, the main elements that make up weather. The goal is not to make weather experts out of everyone but to give some insights into how weather works. With a general understanding of whats happening and about to happen, hopefully, you will have a safer, more interesting sailing experience.

Environment Canada has published an excellent program on Weather. A free resource, it is available for download on the RESOURCES page.

Something is needed to kick start the weather. And that something is the sun – more particularly the heat of the sun. The heat energy from the sun is the fuel for nature's great weather machine. And with the process underway, it cycles endlessly, regulated and moderated by clouds and bodies of water. When the sun's rays strike the earth, they do so much more strongly at the equator than at the poles. This is because the earth's axis is tilted, relative to the sun, by 23.44°. This causes air at the earth's surface to warm and rise. As it rises, it cools. This cold air is displaced by continually rising warm air beneath it and, as a result, 'spills north and south before beginning to sink back to the earth's surface. Once near the surface, this cold air is drawn back towards the equator to be warmed and begin the cycle all over again. With no other outside forces, our weather would be this one simple, gigantic circulation system. BUT – as well all know only too well, nothing is ever simple.

Adding A 'Twist' To Things

Lets add another factor. The earth is not stationary in its rotation around the sun. As it moves around the sun, it spins on its own axis. Without going into details, suffice it to say that as the earth spins, it causes flowing things like air or water to be deflected. In the Northern Hemisphere, the deflection is to the east, in the Southern Hemisphere to the west. This effect is known as the Coriolis Effect. (and no, it is not why the water in your sink spins as it drains – that's a myth!)

This rate of deflection increases as you move away from the equator and, in mid-latitudes such as ours, sets up strong, persistent westerlies. These westerlies create the boundary zone along which weather systems move and are present much of the time over the Great Lakes.

It can appear complex, but it is oh so elegant!

Some Water With That?

What happens when water gets added into the mix? Have you ever considered just how odd water is as a substance. It is the only substance that can change from all three states – solid, liquid and gas – at surface temperatures. Also, it is the only substance that is lighter in a solid state than as a liquid! (thank goodness or we would never enjoy the tinkle of ice cubes in a cool refreshing glass of our favourite!)

What water does is moderate temperature changes. As air heats and cools, moisture is absorbed or released as the temperature changes. As moisture is released, it appears in the form of clouds. Inside clouds, as this same heating and cooling is happening, heat is released or absorbed. This results in updrafts that cause clouds to grow and grow or in downdrafts as cooler air sinks. The result is an out-of balance system. And we experience the winds that are generated as the system seeks to continually balance itself.

Ok, so lets look at some specific elements that make up weather and that are so important to sailors.

Click here to learn about cloud types and their meanings

Click here to return from WEATHER FACTS to HOME

Recommendations from
The Nautical Mind:

There is no such thing as bad weather, only different kinds of good weather.

Wind is to us what money is to life on shore

I loved cruising the coast of Maine. For one thing, it helped conquer my fear of fog. Not that I have learned to feel secure in the fog, but at least I have learned how to grope without panic.

There is no such thing as bad weather - only bad clothes.